Have an old-school tabula recta lying around? No? Then just print out the chart below. Nothing ensures better password security than this centuries-old cipher technique. Here's how it works, via Wikipedia:

"Using a tabula recta, each alphabet is shifted one letter to the left from the one above it. This forms 26 rows of shifted alphabets, ending with Z. Data is encrypted by switching each letter of the message with the letter directly below, using the first shifted alphabet. The next letter is switched by using the second shifted alphabet, and this continues until you have encrypted the entire message." 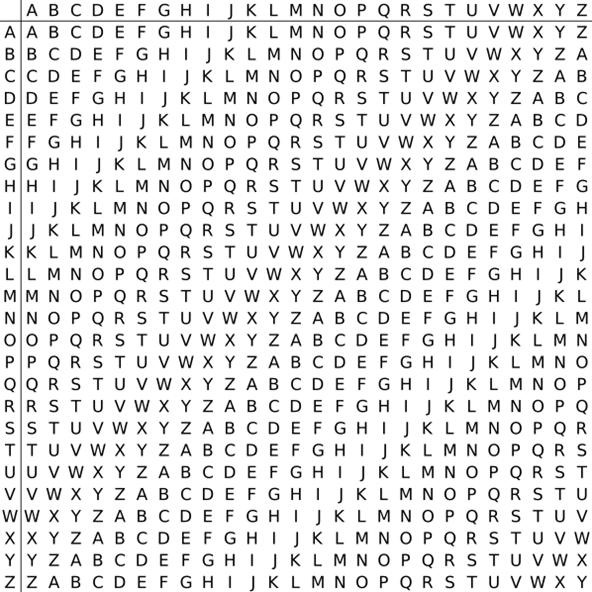 Lifehacker interviews John Graham-Cumming, a programmer and mathematician with a doctorate in computer security, on this particular method of password security. Graham-Cumming generates his password using a program he wrote which "chooses random characters (using a cryptographically secure random number generator) and then prints them out on a tabula recta."

Essentially, he takes the model above, but jumbles up the letters for even greater security. Once he prints his own version (pictured below), he uses the sheet as followed: 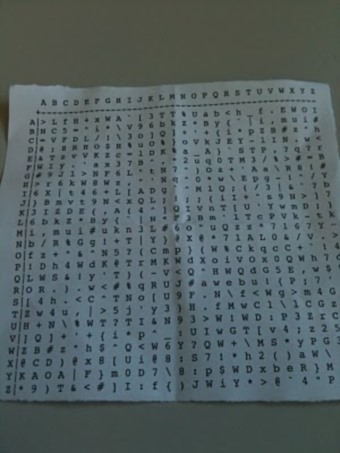 "If I'm logging into Amazon I'll find the intersection of column M and row A (the second and third letters of Amazon) and then read off diagonally 16 characters. That would be my Amazon password (in this case, TZ'k}T'p39m-Y>4d); when I hit the edge of the paper I just follow the edge).

The security of this system rests on the randomness of the generated characters and the piece of paper."

Want to master Microsoft Excel and take your work-from-home job prospects to the next level? Jump-start your career with our Premium A-to-Z Microsoft Excel Training Bundle from the new Gadget Hacks Shop and get lifetime access to more than 40 hours of Basic to Advanced instruction on functions, formula, tools, and more.

Other worthwhile deals to check out:

Join the Next Reality AR Community

Get the latest in AR — delivered straight to your inbox.